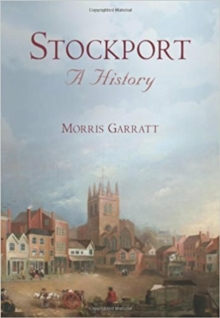 Stockport came into existence in the Saxon period, when a market seems to have been established at the site of the ford where the Roman road south-east of Manchester crossed the river Tame, which later became the Mersey. The small town became a borough in 1260 and was also granted a Market Charter. It prospered as trades and manufactures developed, and by 1610 'Stoppart cloth' was being sold in London.

The development of the Stockport region was greatly helped by improvements in transport. The road from Manchester to Buxton through Stockport was turnpiked in 1724, and by the opening decade of the 19th century Stockport was the hub of a number of turnpikes linking the expanding textile towns of north-east Cheshire. The coming of the railway created a line from Manchester to Stockport in 1840, crossing the Mersey valley on a suberb viaduct which was a triumph of Victorian railway engineering and one of the wonders of the railway age.

Under the 1832 Reform Act Stockport became a parliamentary borough with two Members of Parliament, and the 1835 Municipal Corporations Act gave the town its first democratically elected Council. When County Councils were established in 1888, Stockport achieved county borough status.

Both local and national politics have left their mark on the community. The Civil Wars of the 1640s and 1650s, the Jacobites in 1745, Peterloo and Constable Birch, the Cotton Famine of 1861-5, as well as other incidents of civil unrest, and religious and population change, are just some of the events described in this well-researched book, fully illustrated throughout. 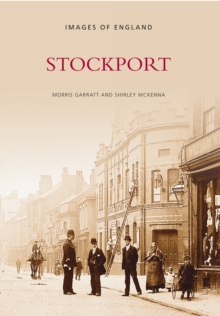