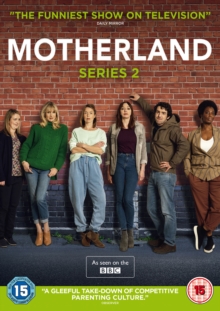 All 13 episodes from the first two series of the British sitcom which follows fraught single mother Julia (Anna Maxwell Martin) as she attempts to juggle the demands of her children, her estranged husband and her job.

Competing with the highly organised mums from her children's school, including the notorious Amanda (Lucy Punch), Julia quickly finds herself struggling to keep her life from spiralling out of control.