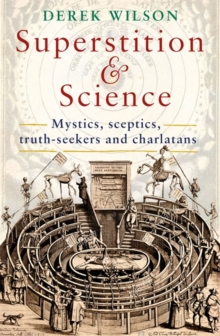 'A dazzling chronicle, a bracing challenge to modernity's smug assumptions' - Bryce Christensen, Booklist'O what a world of profit and delightOf power, of honour and omnipotenceIs promised to the studious artisan.'Christopher Marlowe, Dr FaustusBetween the Renaissance and the Enlightenment, Europe changed out of all recognition and particularly transformative were the ardent quest for knowledge and the astounding discoveries and inventions which resulted from it.

The movement of blood round the body; the movement of the earth round the sun; the velocity of falling objects (and, indeed, why objects fall) - these and numerous other mysteries had been solved by scholars in earnest pursuit of scientia.

Several keys were on offer to thinkers seeking to unlock the portal of the unknown:Folk religion had roots deep in the pagan past.

Its devotees sought the aid of spirits. They had stores of ancient wisdom, particularly relating to herbal remedies.

Theirs was the world of wise women, witches, necromancers, potions and incantations. Catholicism had its own magic and its own wisdom. Dogma was enshrined in the collective wisdom of the doctors of the church and the rigid scholastic system of teaching.

Magic resided in the ranks of departed saints and the priestly miracle of the mass. Alchemy was at root a desire to understand and to exploit the material world.

A whole system of knowledge was built on the theory of the four humours. Astrology was based on the belief that human affairs were controlled by the movement of heavenly bodies.

Belief in the casting of horoscopes was almost universal. Natural Philosophy really began with Francis Bacon and his empirical method.

It was the beginning of science 'proper' because it was based on observation and not on predetermined theory. Classical Studies. University teaching was based on the quadrivium - which consisted largely of rote learning the philosophy and science current in the classical world (Plato, Aristotle, Galen, Ptolemy, etc.).

Renaissance scholars reappraised these sources of knowledge. Islamic and Jewish Traditions. The twelfth-century polymath, Averroes, has been called 'the father of secular thought' because of his landmark treatises on astronomy, physics and medicine.

Jewish scholars and mystics introduced the esoteric disciplines of the Kabbalah. New Discoveries. Exploration connected Europeans with other peoples and cultures hitherto unknown, changed concepts about the nature of the planet, and led to the development of navigational skills. These 'sciences' were not entirely self-contained.

For example physicians and theologians both believed in the casting of horoscopes.

Despite popular myth (which developed 200 years later), there was no perceived hostility between faith and reason.

Virtually all scientists and philosophers before the Enlightenment worked, or tried to work, within the traditional religious framework.

Paracelsus, Descartes, Newton, Boyle and their compeers proceeded on the a priori notion that the universe was governed by rational laws, laid down by a rational God..

This certainly did not mean that there were no conflicts between the upholders of different types of knowledge.

Dr Dee's neighbours destroyed his laboratory because they believed he was in league with the devil.

Galileo famously had his run-in with the Curia. By the mid-seventeenth century 'science mania' had set in; the quest for knowledge had become a pursuit of cultured gentlemen.

In 1663 The Royal Society of London for Improving Natural Knowledge received its charter.

Three years later the French Academy of Sciences was founded.

Most other European capitals were not slow to follow suit.

In 1725 we encounter the first use of the word 'science' meaning 'a branch of study concerned either with a connected body of demonstrated truths or with observed facts systematically classified'.

Yet, it was only nine years since the last witch had been executed in Britain - a reminder that, although the relationship of people to their environment was changing profoundly, deep-rooted fears and attitudes remained strong. 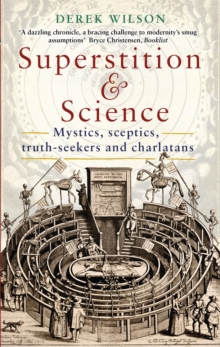 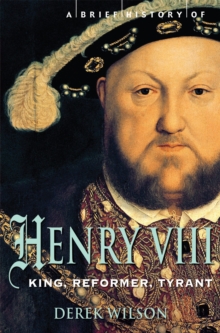 A Brief History of Henry VIII 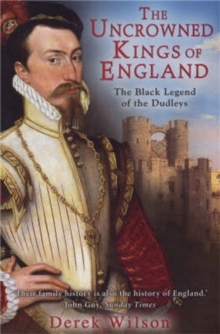 The Uncrowned Kings of England 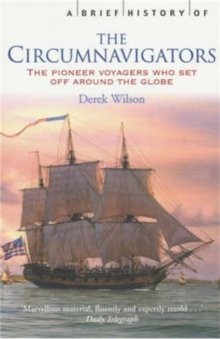 A Brief History of Circumnavigators