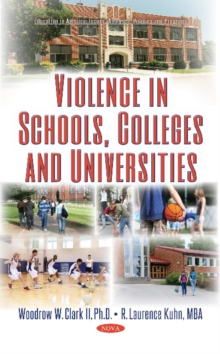 Three decades ago this year (2017), Woodrow W. Clark completed his PhD thesis at the University of California, Berkeley on Violence in Public Schools.

Back then, it was a big topic that gained a lot of attention.

Clark spent a decade after that in the media doing documentaries on this topic and other social issues, such as sexual harassment, healthcare and baby boomers, along with a dramatic project on what happened to the American Dream based on the demise of the automotive industry in Detroit.

All of these topics are relevant and important today.

Now, violence in public schools has been expanded from K-12 to colleges and universities due to the increasing amount of violence at that level.

Hence, Clark and Kuhn have written a book that looks at the problem of school violence from both a qualitative and quantitative perspective.

A key issue then and now is that violence in any institution such as factories, businesses, and even law firms can be seen as coming from people associated with them and from within them.

Hence, most violence in schools is a result of people who are students and even former faculty.

The problem is also not just physical violence, but also the psychological violence that the perpetrator had experienced while in their educational environment.

Once readers realize the reasons behind violence are psychological, the history of violence can be seen as directly connected to the economic priorities that education takes.

Most of the money in education goes to the top performers in academics and sports who represent only 10% of the student and staff population.

This tactic and focus ignores the other 90%. Hence, when people need help in their studies or even extracurricular activities, there are few resources.

The result is often bullying and discrimination. Though the solutions to violence absolutely include security and psychological support, it is the financial resources that are spread out among all levels of students and staff that prove most affective.

New programs that address race, sex and career support are needed, as well as security within the institutions themselves. This book provides many cases/examples of what needs to be done and what can be done now to prevent violence tomorrow. 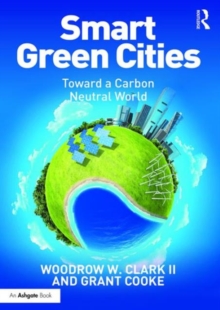