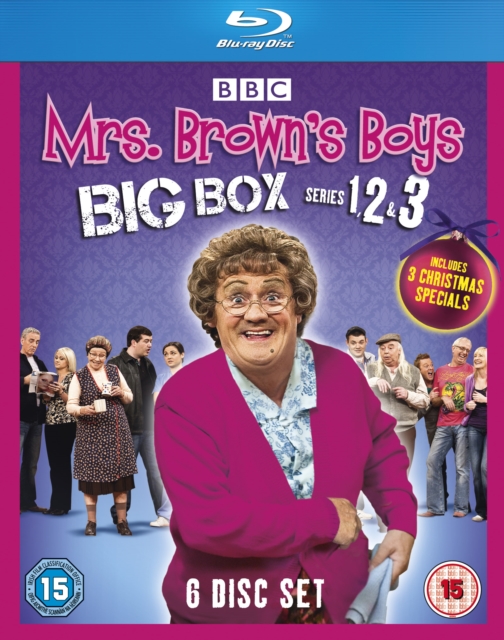 The complete first three series, plus the three Christmas specials, of the Dublin-set sitcom depicting the life and times of Mrs Agnes Brown (played by writer/creator Brendan O'Carroll), mother of a feckless bunch of grown-up children, who rules her tastefully-wallpapered realm with a rod of iron.