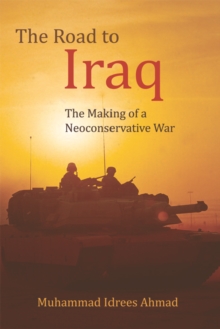 The Road to Iraq : The Making of a Neoconservative War Hardback

What were the causes of the Iraq War? Who were the main players? How was the war sold to the decision makers? Despite all that has been written on the Iraq war the myriad scholarly, journalistic and polemical works the answers to these questions remain shrouded in an ideological mist.

The Road to Iraq is an empirical investigation that dispels this fog.

Discover how a small but ideologically coherent and socially cohesive group of determined political agents used the contingency of 9/11 to overwhelm a sceptical foreign policy establishment, military brass and intelligence apparatus.