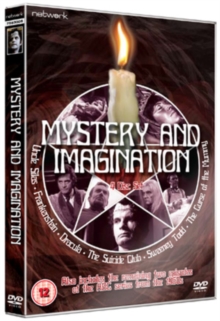 All six remaining feature length episodes from the 1960s series that dramatised the gothic works of some of the 19th century's greatest writers.

Also included are two episodes from the 1966 season, 'The Fall of the House of Usher' and 'The Open Door'.