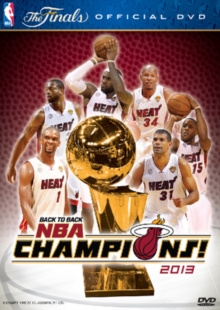 An official review of the 2012-13 winning season for the Miami Heat basketball team.

Led by star players LeBron James, Dwayne Wade and Chris Bosh the Heat followed up last season's victory with another successful year that even included a 27-match winning streak.

The review features highlights from all stages of the championship as well as interviews with the key players and behind-the-scenes footage.