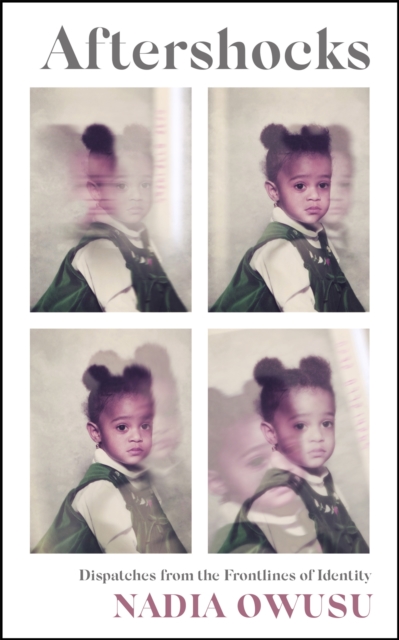 Aftershocks : Dispatches from the Frontlines of Identity Hardback

'One of the most moving books of the new year' STYLIST'Gorgeous and unsettling' NEW YORK TIMES'Brilliant and devastating...tender and lacerating' PANDORA SYKES'One of the literary world's most promising new voices' REDI have lived in disaster and disaster has lived in me.

Our shared languages are thunder and reverberation. When Nadia Owusu was two years old her mother abandoned her and her baby sister and fled from Tanzania back to the US.

When she was thirteen her beloved Ghanaian father died of cancer.

She and her sister were left alone, with a stepmother they didn't like, adrift.

Nadia Owusu is a woman of many languages, homelands and identities.

She grew up in Rome, Dar-es-Salaam, Addis Ababa, Kumasi, Kampala and London. And for every new place there was a new language, a new identity and a new home.

At times she has felt stateless, motherless and identity-less.

At others, she has had multiple identities at war within her.

It's no wonder she started to feel fault lines in her sense of self.

It's no wonder that those fault lines eventually ruptured.

Aftershocks is the account of how she hauled herself out of the wreckage.

It is the intimate story behind the news of immigration and division dominating contemporary politics.

Nadia Owusu's astonishingly moving and incredibly timely memoir is a nuanced portrait of globalisation from the inside in a fractured world in crisis. 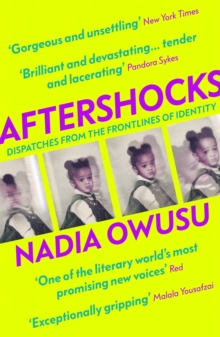 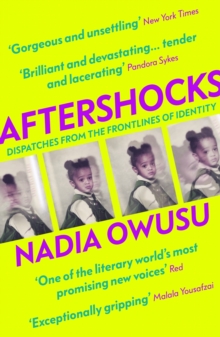