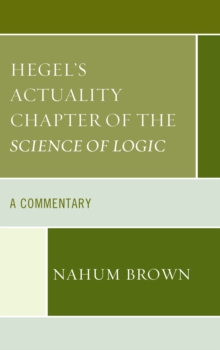 Hegel's Actuality Chapter of the Science of Logic : A Commentary Hardback

The "Actuality" chapter is the equivalence of Aristotle's momentous Metaphysics book 9. Because of this, Hegel's chapter deserves the same thorough investigation into its complex insights and argumentation.

This book situates Hegel's insights about possibility and necessity within historical and contemporary debates about metaphysics, while analyzing some of the most controversial themes of Hegel's theory, such as the question of the ontological status of unactualized possibilities, the relationship between contradiction and possibility, and the claim that necessity leads to freedom.

This book also contributes to an ongoing philosophical inquiry into the nature of dialectics by articulating Hegel's "Actuality" chapter as a coherent argument divided into twenty-seven premises. 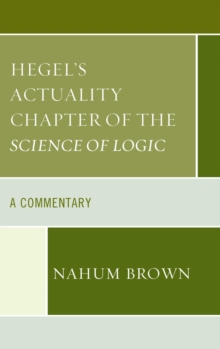 Hegel's Actuality Chapter of the...