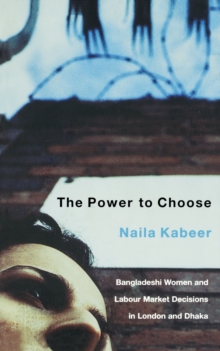 The Power to Choose : Bangladeshi Gament Workers in London and Dhaka Paperback / softback

In this path breaking study, social economist Naila Kabeer examines the lives of Bangladeshi garment workers to shed light on the question of what constitutes "fair" competition in international trade.

She argues that if the unhealthy coalition of multinationals and labour movements is truly seeking to improve the working conditions for women and children in the 'third World', as well as those of western workers, their efforts should be directed away from an attempt to impose labour standards and towards a support for the organisation of labour rights.

Any attempt to devise acceptable labour standards at an international level which takes no account of the forces of inclusion and exclusion with local labour markets is, she further argues, likely to represent the interests of the powerful at the expense of the weak.