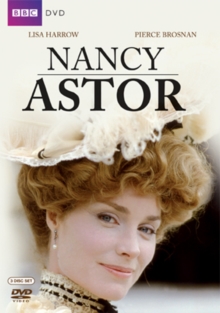 All nine episodes of the 1980s BBC drama made for the Masterpiece Theatre political history series.

Lisa Harrow stars as the spirited and outspoken Lady Astor, as well known for her scathing wit as for her political views, who overcomes the odds to become the first woman to sit as a Member of Parliament in the House of Commons.

After growing up in Virginia, USA, Nancy later moves to England where she meets her second husband William Waldorf Astor (James Fox), one of the richest men in the world, and takes up a career in politics.