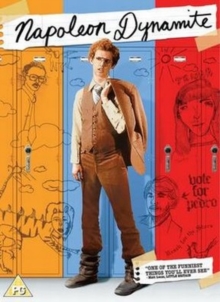 In Preston, Idaho, the High School is launching the elections for class president.

Napoleon Dynamite (Jon Heder) is the school geek, brutalised by the jocks, stuck living with an eccentric grandmother and an internet-obsessed older brother, and best friends with the newest kid in class, Pedro (Efren Ramirez), a Mexican immigrant.

Napoleon conceives the idea of getting Pedro to run for class president, and he's prepared to use any means necessary to win against evil teen-queen Summer Wheatly (Haylie Duff).