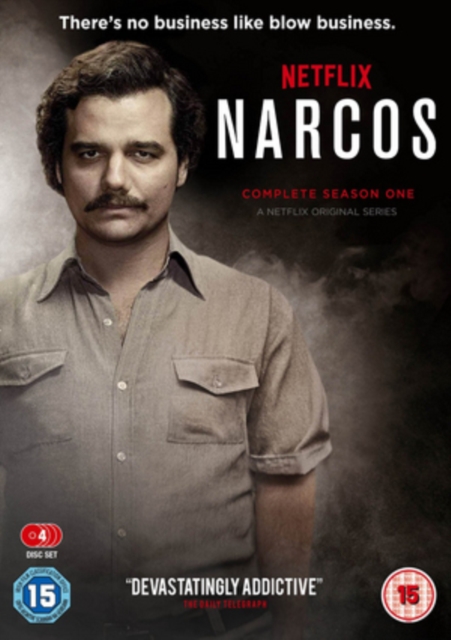 Narcos: The Complete Season One DVD

After becoming involved in the production and distribution of cocaine, Escobar quickly establishes himself as the head of a leading cartel.

With his empire providing the majority of America's cocaine supply and pulling in billions of dollars worldwide, DEA agent Steve Murphy (Boyd Holbrook) is sent to Colombia with the daunting task of bringing down one of the most powerful men in the world.

The episodes are: 'Descenso', 'The Sword of Simón Bolivar', 'The Men of Always', 'The Palace in Flames', 'There Will Be a Future', 'Explosivos', 'You Will Cry Tears of Blood', 'La Gran Mentira', 'La Catedral' and 'Despegue'.