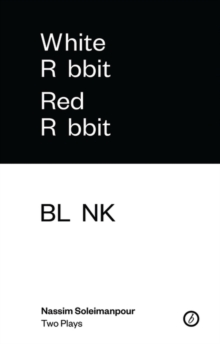 White Rabbit Red Rabbit has been translated into over 30 languages and performed over 1000 times by some of the biggest names in theatre and film, including actors Stephen Rea, Sinead Cusack, John Hurt, Whoopi Goldberg, Nathan Lane and Ken Loach. BLANK is a joint effort between audience and performer, the gaps in the script filled in to reveal a story that celebrates the human imagination.

As formally inventive as it is engaging, BLANK reverses the typical theatre experience.