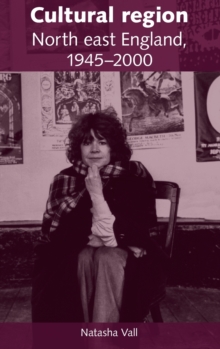 This book is the first historical assessment of English regional cultural policy.

With its dialect and striking modern icons such as the Angel of the North, the north east has been described as England's most distinctive region.

This study reveals the impact of the new cultural institutions that emerged after 1945 upon a region with deeply rooted vernacular traditions.

The creation of the regional arts board and the development of regional broadcasting as well as the national efforts to manage the northern economic problems presented challenges for vernacular culture.

In the ensuing battle between provincial and metropolitan values the north east as a modern cultural region took shape.

The concluding chapters detail the cultural regeneration of the urban riversides, a much vaunted example of successful culture-led regeneration. This volume is essential for anyone with an interest in the formation of cultural identities, the development of regional government arts policies, urban regeneration and cultural and social history. -- .