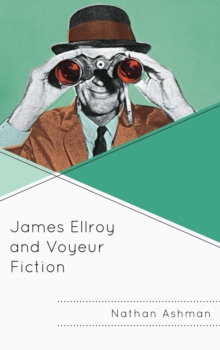 James Ellroy is an acclaimed yet controversial popular novelist.

Since the publication of his first novel Brown's Requiem in 1981, Ellroy's eccentric "Demon Dog" persona and his highly stylized, often pornographically violent crime novels have continued to polarize both public and academic opinion.

This book addresses the voyeuristic dimensions of Ellroy's fiction, one of the most significant yet underexplored issues in his work.

Quartet and The Underworld U.S.A. Trilogy, it critically reflects on a vivid preoccupation with eyes, visual culture, and visual technologies that spans across both these bodies of work.

Using a combination of psychoanalysis and postmodern and cultural theory, Nathan Ashman argues that Ellroy's fiction traces the development of the voyeur from a deviant and perverse "peeping tom" into a recognizable, contemporary "social type," a paranoid and obsessive viewer who is a product of the decentered and hallucinatory "cinematic" world that he inhabits.

In particular, James Ellroy and Voyeur Fiction illuminates a convergence between voyeurism and recurring patterns of "ocularcentric crisis" in Ellroy's texts, as characters become continually unable to understand or interpret through vision.

Alongside a thematic analysis of obsessive watching, Ashman also argues that Ellroy's works-particularly his later novels-are themselves voyeuristic, implicating the reader in these broader narrative patterns of both visual and epistemophilic obsession. 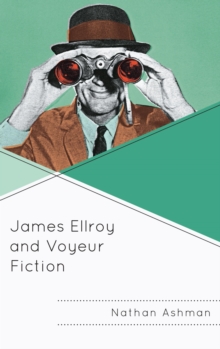