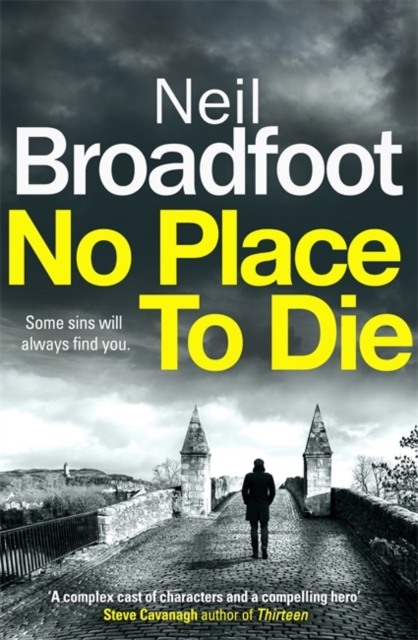 No Place to Die : A gritty and gripping crime thriller Hardback

Once a controversial venture capitalist, Charlston reinvented himself as a personal and business development guru after surviving an attempt to take his own life when a business deal went disastrously wrong.

So when he decides to host a weekend retreat on the outskirts of Stirling for more than 300 people, Connor Fraser is drafted in to cover the security for a man who is at once idolised as a saviour and hated as a ruthless asset stripper. For Connor, it's an unwelcome assignment. He's never had much time for salvation by soundbite, and Charlston's notoriety is attracting the attention of reporter Donna Blake, who's asking more questions than Connor has answers for.

But when an old colleague of Donna's is found brutally bludgeoned to death, and the start of Charleston's weekend of salvation becomes a literal trial by fire, Connor must race to unmask a killer whose savagery is only matched by their cunning. Praise for Neil Broadfoot'Broadfoot is here, and he's ready to sit at the table with some of the finest crime writers Scottish fiction has to offer' Russel D.

McLean'Cracking pace, satisfyingly twisty plot. A great read' James Oswald'Crisp dialogue, characters you believe and a prose style that brings you back for more . . . a fine addition to a growing roster of noir titles with a tartan tinge' Douglas Skelton'This is Broadfoot's best to date, a thriller that delivers the thrills: energetic, breathlessly paceyand keeping you guessing till the end.' Craig Russell'Neil Broadfoot hits the ground running and doesn't stop.

With the very beating heart of Scotland at its core, your heart too will race as you reach the jaw dropping conclusion of this brilliant thriller.

Simply brilliant!' Danielle Ramsay'An atmospheric, twisty and explosive start to a new series by one of the masters of Scottish fiction.

Get your wee mitts on it.' Angela Clarke'No Man's Land is a stunning, fast-paced, multi-layered thriller.

Disturbing political unrest and psychological horror written with great confidence by Neil Broadfoot, who has one hand on Ian Rankin's crown as the king of Scottish crime.' Michael Wood'[A] gritty and fast-moving tale of shifting loyalties set against the backdrop of Scottish and Irish politics.' Nick Quantrill'Definitely a must read for all lovers of Tartan Noir: or anyone else who simply wants to enjoy a compelling tale' Undiscovered Scotland

Also by Neil Broadfoot  |  View all 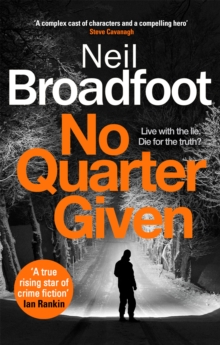 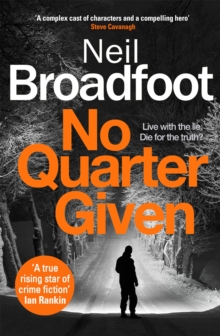 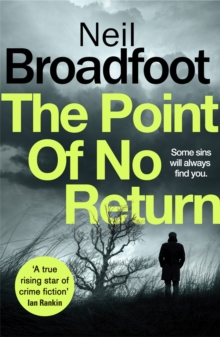 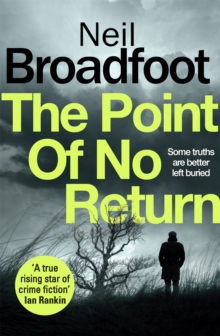