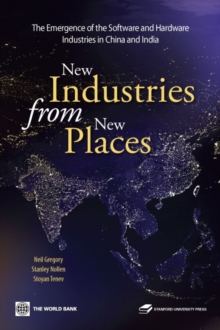 New Industries from New Places : The Emergence of the Software and Hardware Industries in China and India Paperback / softback

Could China and India come to dominate the world's technology industry by bringing together Chinese hardware and Indian software production?

Much attention is being paid to the fact that Asia's giant neighbors - with more than a third of the planet's population and two of the fastest-growing economies in the world - are entering a new era of cooperation.

By combining these two industries, some believe it will signify the coming of the Asian century of the information technology (IT) industry.

It compares the emergence of India and China as global leaders in hardware and software production as well as the growth performance of private enterprise in the IT manufacturing and IT services sectors in China and India.

The book concludes by evaluating explanations for the growth performance of each sector in each country and by drawing conclusions for future economic policies and business strategies. 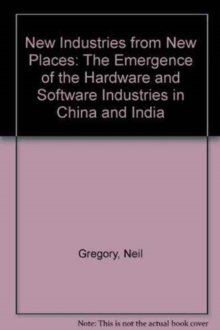