The battle of Rorke's Drift is established in history as one of Britain's most incredible actions where approximately 155 defenders held off a Zulu force of over 4,000 warriors, in a savage, bloody conflict with no quarter given by either side.

The battle led to a display of incredible fortitude, courage and tenacity resulting in mutual respect between British red coat and Zulu warrior.

Using a vast array of primary accounts, including lesser known, and previously unpublished examples, the author describes the battle in vivid detail.

The actions of each of the 11 Victoria Cross recipients are looked at in detail, together with those men who were awarded the DCM.

Illustrated with previously unpublished artwork, 'Rorke's Drift-A New Perspective' is a gripping account, which questions what is commonly believed to be the true interpretation of the hospital fighting.

A truly compelling read, packed with numerous footnotes and sources, appealing to both the casual reader and the serious historian. 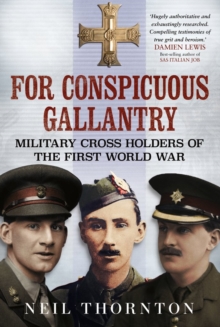