Growing up in 'White' South Africa is a delightful journey back into the past that brings alive an era that should resonate with those who lived through it, and fascinate those who didn't.

The author captures the sounds, smells, nuances, events and special characteristics of a post war age that remain etched in his memory.

His poignant recounting of the period of his youth against the background of a world that was rapidly undergoing change both at home and abroad is imbued with touches of humour, that comes with a retrospective view of the follies of youth. The journey moves from the secure environment of his early youth to adventures in the Rhodesian (Zimbabwean) bushveld after leaving school, and then onto London at the height of the Beat era in the late 50s, eventually returning to South Africa and university life in the swinging 60s, where his membership of an eccentric literary sect called the Druids contrasts with his political activities as an executive member of the student representative council and NUSAS that challenged the draconian laws of apartheid.

Threading through all this are the many romantic relationships that earned him, much to his consternation, the reputation of being somewhat of a Casanova until he meets the girl with whom he is destined to continue the next stage of his life's journey. The underlying subtext is a political narrative of a divided country where its people are systematically racially categorized and separated into allotted group areas, and how the author's social and political awareness develops and changes during his growing up years as the apartheid system becomes increasingly harsh and evil.

From being a purely passive observer and beneficiary of a privileged minority group, he begins to take an active stand in opposing the system.

Also by NEVILLE HERRINGTON   |  View all 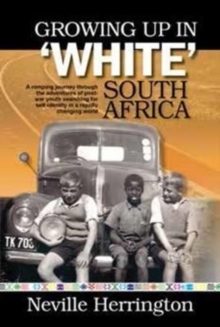 Growing up in white South Africa 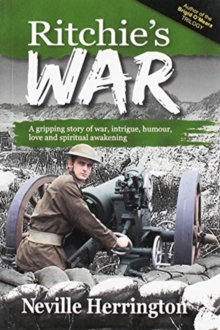