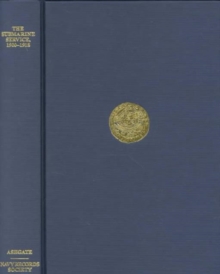 The year 2001 marks the centenary of the Royal Navy's submarine service.

In the aftermath of the 2016 celebrations of the Battle of Jutland centenary, it is worth considering how the First World War at sea changed.

This volume opens with an examination of the background to the Board of Admiralty's decision in 1900 to buy submarines, bringing to light documents that go a long way toward dispelling the myth that Britain's pre-1914 naval leaders were opposed to the development of the submarine as a major weapon.

Indeed, the documents show that senior naval officers and influential civilians in Whitehall believed that the advent of the submarine would revolutionize naval warfare in a way that would bolster the Royal Navy's position as the world's predominant naval power.

This edited selection of documents illustrates not only the Admiralty's thinking on the employment of the submarine between 1900 and 1918, it also charts the technical development of British submarines, and explains issues such as why the pioneer submariners came to regard themselves as an elite group within the Royal Navy - and were allowed to become the 'silent service'.