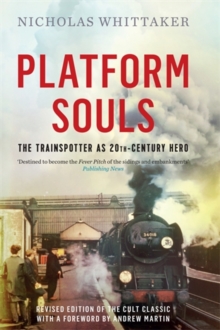 Nicholas Whittaker's much-loved classic recollects the long sunny days of his childhood when, notepad in hand, jam sandwiches in the duffel bag, he happily spent his time jotting down train numbers during the Indian summer of steam and the heyday of diesel. Whittaker returns to his roots in this updated edition, casting a sceptical eye over recent developments, catching up with old acquaintances and considering the toll that half a century of ridicule and a couple of decades of privatisation have wrought upon his beloved pastime. As Andrew Martin notes in his Foreword, this is `one of the best books ever written about rail enthusiasm'.

Equally it is a poetically written memoir of growing up in a more innocent age, a hymn to British eccentricity and to the virtues of observing the world around you: `Spotters - of trains, planes, buses or birds - are a last redoubt for something rapidly vanishing from our lives: looking outward, seeing, observing.

People notice things less and less these days, while watching things more and more.'Praise for the first edition:`An elegy: for the steam trains already vanishing when Whittaker's hobby began in 1964; for the short-lived diesel age which followed; for an era of near innocence.' Times Literary Supplement `Whittaker writes with humour and considerable evocative power ...

For anyone who will admit to having a childhood brush with this now derided hobby, Platform Souls brings it all rushing back.' Independent`Destined to become the Fever Pitch of the sidings and embankments' Publishing News 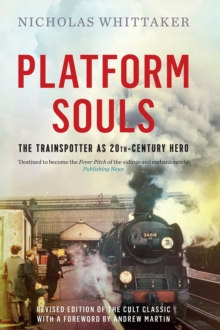 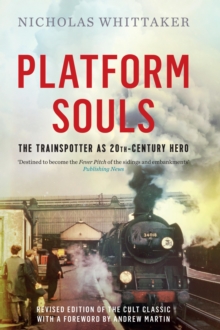