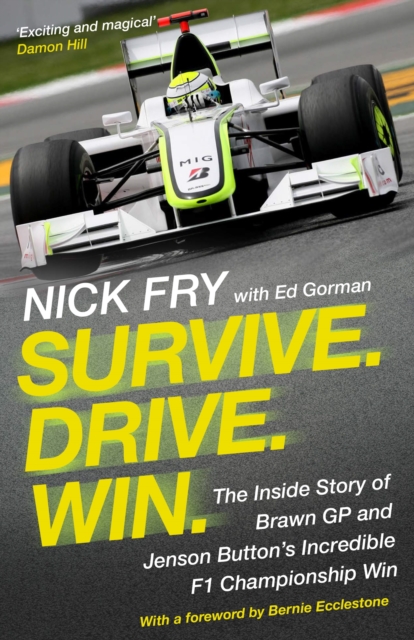 Until now. At the end of 2008, Nick Fry, then head of Honda's F1 team, was told by his Japanese bosses that the motor company was pulling out of F1.

In response, Nick and chief engineer Ross Brawn persuaded Honda to sell them the company for GBP1 - a gamble that would take the team all the way to winning the 2009 Driver's and the Constructor's Championship with a borrowed engine, a heavily adapted chassis and, at least initially, no sponsors. Giving the inside track on the drivers, the rivalries, on negotiating with Bernie Ecclestone and on hiring and working with global superstars Michael Schumacher and Lewis Hamilton, Survive.

Drive. Win. is a gripping memoir of how one man found himself in the driving seat for one of the most incredible journeys in the history of motor sport. 'Nick Fry and Ed Gorman take us behind the mysterious and tightly closed doors of F1 to tell the remarkable story of the 2009 season.' Martin Brundle