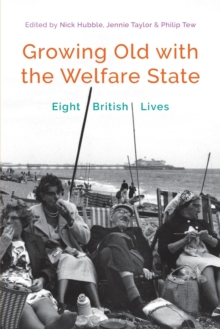 The combined effect of the welfare state and medical advances means that more people now live longer lives than ever before in history.

As a consequence, the experience of ageing has been transformed.

Yet our cultural and social perceptions of ageing remain governed by increasingly dated images and narratives. Growing Old with the Welfare State challenges these stereotypes by bringing together eight previously unpublished stories of ordinary British people born between 1925 and 1945 to show contemporary ageing in a new light.

These biographical narratives, six of which were written as part of the Mass Observation Project, reflect on and compare the experience of living in two post-war periods of social change, after the first and second world wars.

In doing so, these stories, along with their accompanying contextual chapters, provide a valuable and accessible resource for social historians, and expose both historical and contemporary views of age and ageing that challenge modern assumptions.