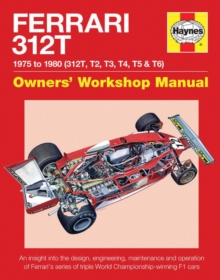 Designed by legendary Ferrari designer Mauro Forghieri, the 3-litre flat-12 engined Ferrari 312T first appeared in 1975, and was continually developed to compete for six years, until the end of 1980.

The cars won three Drivers' World Championships - two for Niki Lauda, in 1975 and 1977, and one for Jody Scheckter, in 1979 - and took Ferrari to four Constructors' World Championships, also winning races in the hands of Clay Regazzoni, Carlos Reutemann, and the incomparable Gilles Villeneuve.

In 1976, the 312T was the car with which Lauda famously fought a season-long battle with James Hunt for the World Championship - the subject of the 2013 Hollywood blockbuster Rush.

Packed with stunning period images, fresh insight and a detailed look at a restored car today, this manual chronicles an iconic series of grand prix cars that raced in one of Formula 1's most exciting, dangerous and charismatic eras. 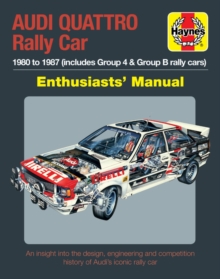 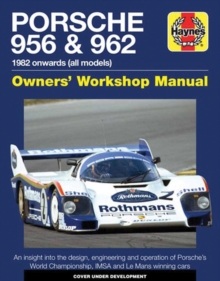