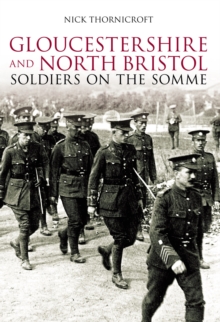 Gloucestershire and North Bristol Soldiers on the Somme Paperback / softback

When war broke out in 1914 there was a widespread sense of optimism among the British public.

Fired by patriotic fervour and pride in their nation, many were convinced that 'it would all be over by Christmas' and young men rushed to join the army and share in the 'honour and glory' of war.

These illusions were swiftly lost as a war of attrition developed; advances on both sides were small and casualties high.

Even with this background, the slaughter on 1 July 1916 of thousands of British soldiers, who went over the top to their deaths on the Somme, shocked a world increasingly conditioned to the realities of armed conflict.

Nick Thornicroft delves into the heart of the British Army on the blackest day in its history and gives a vivid portrayal of Gloucestershire soldiers in the heat of battle; these ordinary men in extraordinary circumstances, fighting with incredible bravery for their country's future.Through assiduous research and compassion for his subject, Nick Thornicroft has woven the experiences of Gloucestershire and North Bristol's soldiers into the wider military story, and in doing so brings a human aspect to one of the most inhuman battles in history. 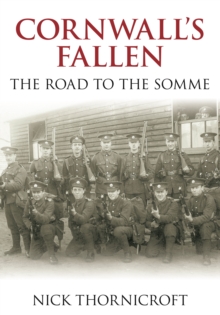 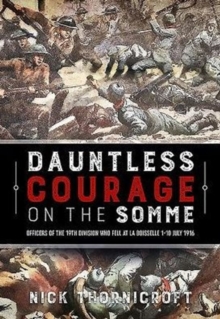 Dauntless Courage on the Somme