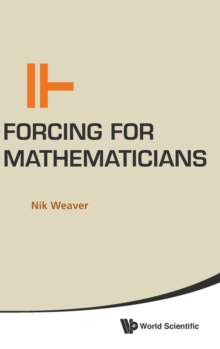 Ever since Paul Cohen's spectacular use of the forcing concept to prove the independence of the continuum hypothesis from the standard axioms of set theory, forcing has been seen by the general mathematical community as a subject of great intrinsic interest but one that is technically so forbidding that it is only accessible to specialists.

In the past decade, a series of remarkable solutions to long-standing problems in C*-algebra using set-theoretic methods, many achieved by the author and his collaborators, have generated new interest in this subject.

This is the first book aimed at explaining forcing to general mathematicians.

It simultaneously makes the subject broadly accessible by explaining it in a clear, simple manner, and surveys advanced applications of set theory to mainstream topics.