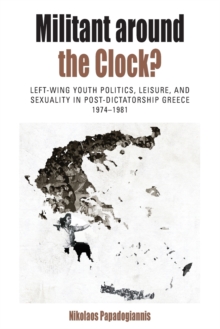 During the 1970s, left-wing youth militancy in Greece intensified, especially after the collapse of the military dictatorship in 1974.

This is the first study of the impact of that political activism on the leisure pursuits and sexual behavior of Greek youth, analyzing the cultural politics of left-wing organizations alongside the actual practices of their members.

Through an examination of Maoists, Socialists, Euro-Communists, and pro-Soviet groups, it demonstrates that left-wing youth in Greece collaborated closely with comrades from both Western and Eastern European countries in developing their political stances.

Moreover, young left-wingers in Greece appropriated American cultural products while simultaneously modeling some of their leisure and sexual practices on Soviet society.

Still, despite being heavily influenced by cultures outside Greece, left-wing youth played a major role in the reinvention of a Greek "popular tradition." This book critically interrogates the notion of "sexual revolution" by shedding light on the contradictory sexual transformations in Greece to which young left-wingers contributed. 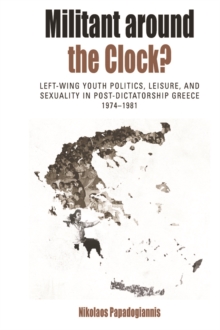 Militant Around the Clock?