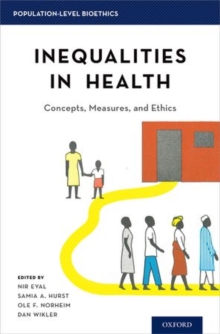 Part of the Population-Level Bioethics series

Of every thousand children born in Iceland, two will die before their first birthday, but in Mozambique the death rate is sixty times higher.

Even within countries - including some of the wealthiest - inequalities in longevity and health can be substantial.

In recent years, epidemiologists have documented the extent of these inequalities both between and within countries, stimulating in turn research both on their sources and on possible means for their alleviation. These extensive and influential efforts in research and in policy development have raised health inequalities to a prominent position among the central concerns of both national and global health.

Less attention has been given to careful analysis and refinement of some key concepts and values that guide and motivate these studies of health inequalities.

The essays in this book demonstrate the need to identify and debate alternative positions on the choice of measures of health inequality; the definitions of 'inequality' and 'inequity' in health, and their interrelationship; the ethical basis for attaching priority to narrowing gaps in longevity and health among individuals, groups, andsocieties; and the possible solutions to a series of puzzles involving uncertainty and variable population size. The authors of these essays are philosophers, economists, epidemiologists, and physicians contributing to our understanding of ethical issues in population health.

Their contributions will be of interest to anyone interested in inequalities in health, including specialists in health policy, public health, epidemiology, moral philosophy, demography, and health economics.

Also in the Population-Level Bioethics series   |  View all 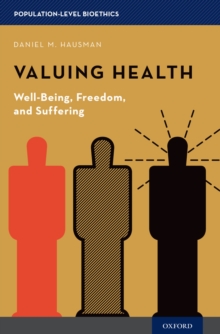 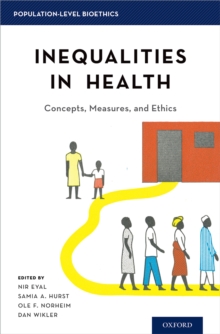 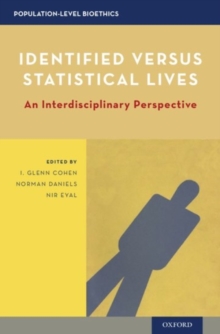 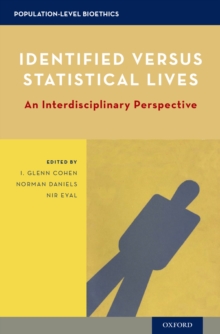