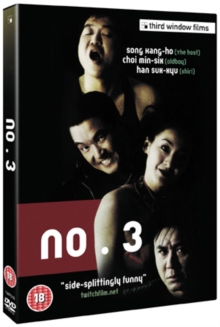 Korean action comedy, as a young gangster tries to move up the gangland heirarchy.

Despite his cheating girlfriend Hyun-Ji (Lee Mi-Yeon) and the best efforts of the local judiciary, small-time hoodlum Tae-Ju (Han Suk-Kyu) is determined to become a crime boss.

But if he's to realise his dream and finally lose his lowly 'No.3' position in the setup, Hyun-Ji has to outsmart his rival gangster, the intellectually-challenged Ashtray (Park Sang-Myeon).