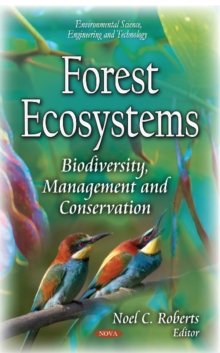 Temperate forests covering 34% of the Earth's land have experienced human disturbances since ancient times and this is where the major industrial and agricultural enterprises are located nowadays.

The heaviest human stress has been on European and North American ecosystems.

Forest ecosystems are a major control of moisture circulation in watersheds.

Therefore, it is logical to expect that further large-scale forest cover disturbances, such as catastrophic fires, large-scale insect outbreaks and forest logging, will affect the processes of water resource development and hydrological regime in any river basin.

This book discusses the management and conservation of forest ecosystems in several areas in the world which include the Neotropics, Norway, United Kingdom and Siberia.