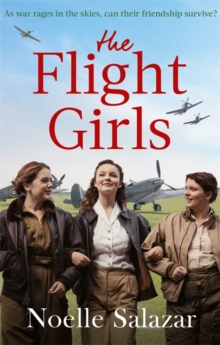 The book is unputdownable' Debbie Macomber, New York Times bestselling author Inspired by the real team of female pilots who trained World War II soldiers, a stunning debut novel about friendship and its power to make us soarAudrey Coltrane has always wanted to fly.

It's why she implored her father to teach her at the little airfield back home.

It's why she signed up to train pilots in Hawaii when the war in Europe began. And it's why she insists she is not interested in any romance, even with the disarming Lieutenant James Hart, who fast becomes a friend as dear as the women she flies with.

Then one fateful day, she gets caught in the air over Pearl Harbour just as the bombs begin to fall, and suddenly, nowhere feels safe. Following the devastating attack, Audrey joins the Women's Airforce Service Pilots, hoping to make everything - and everyone - she's lost count for something.

The friendships she forms reignite a spark of hope in the face of a war that moves closer to home every day.

When James goes missing in action, those bonds help her summon the courage to cross the front lines and give her the faith that they will return home - together. 'The Flight Girls captivated me from the first page and never let go . . . an epic love story, and a powerful tale of courage and sacrifice by the Women Airforce Service Pilots during WWII.

A spectacular first novel' Sara Ackerman, author of Island of Sweet Pies and Soldiers and The Lieutenant's Nurse'Unforgettable and beautifully written . . . Salazar masterfully weaves a story of female strength and friendship, with an emotionally resonant epic love story' Jillian Cantor, author of The Lost Letter and In Another Time 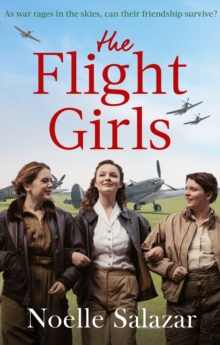