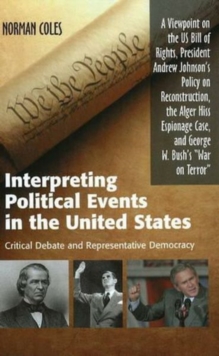 Critical political debate requires respect for principles of logic, rationality and reasonableness, as well as shared conceptions of evidence and relevance in the political arena.

The author presents case studies in order to demonstrate the inherent dangers of not applying principles of reasoning to the interpretation of political events.

Relevance and the adequacy of evidence are too often overlooked in favour of rhetoric and moral platitude, sometimes leading to deceit and always to ambiguity, to the detriment of democratic society.

He investigates the US Bill of Rights in the context of natural justice and the 'right' of citizens to hold arms; President Andrew Johnsons policies towards the 'Secessionist' states with respect to his understanding of the causes of the civil war and the human worth of the emancipated slaves; Whittaker Chambers' accusation against Alger Hiss, a former high-ranking State Department employee, and the Communist sympathies and connections this event brought in its wake; and the confused President George W Bush "war on terror" political discourse, and its implications for Executive power, especially for the conduct of the office of Vice-President. All of us involved as we are in the polity have a duty to determine the truth of major, albeit confusing, political events.

The author calls this a "War by Night" to indicate how hard it is to interpret these events with minimal accuracy when those who initiate political action may conceal, distort or deny.

This book is written in the tradition of applied philosophy: it provides clear arguments of modern political relevance in order to throw light on major political events and promote critical debate in the political arena. 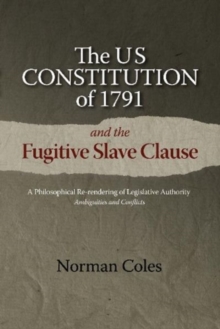