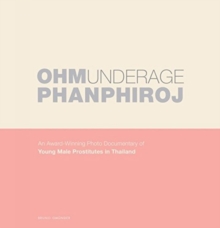 Underage is an award-winning photographic documentation aimed at understanding the minds of underage male prostitutes in Thailand in a most candid and visceral way.

Photographer Ohm Phanphiroj uncovers the life, choice, and consequences that these young boys are experiencing.