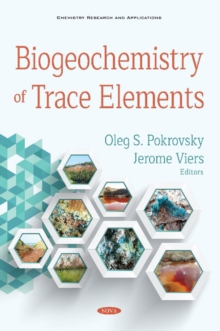 Over the past few decades, tremendous progress in analytical facilities allowed for the decreasing detection limits of trace element (TE) analysis in a large number of organic and inorganic matrices.

This was especially true for freshwater aquatic systems, where direct measurements of more than forty trace elements have become possible provided that necessary precautions against pollution are made and required sample preparation protocol is maintained.

Therefore, analyses of both liquid (water) and solid (biomass, sediments, soils, and aerosol particles) compartments of the landscape continuum allowed for a new perspective on biogeochemical factors of trace elements in a large panel of terrestrial environments.

It presents a synthesis of state-of-the-art studiesusing precise analytical techniqueson trace element concentrations, fractionation, and migration in the main biogeochemical reservoirs of the Northern Hemisphere.

As such, it provides a comprehensive view of current TE biogeochemistry and can serve as a reference compilation of available information for judging future changes in trace element biogeochemistry for terrestrial environments influenced by climate warming or increasing anthropogenic pollution.