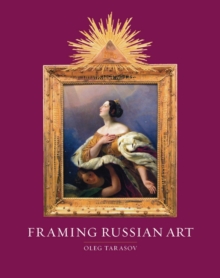 What is the meaning of a frame in our understanding of what we see?

Why, in some cases, does a frame seem necessary, while in others artists deliberately remove it?

In Framing Russian Art, Oleg Tarasov investigates the role of the frame both literally and conceptually, both in the organization of the artistic space of a work of art and in the very perception of a visual image - an icon, a building, a painting, an etching or a photograph. Part One is dedicated to exploring the frame of the Russian icon and related arks, folding images and prints, from the Middle Ages to the late nineteenth century, including analyses of Grigoriy Shumayev's vast and extraordinary Baroque masterpiece, which he called 'the iconostasis of the life-giving Cross', and the sumptuous blending of medievalism and late Romanticism in the Church Not Made by Hands at Savva Mamontov's estate of Abramtsevo outside Moscow.

Part Two examines the successive roles of the frame in Baroque imperial portraiture, the dynastic grandiloquence of the nineteenth century, the impact of Western ideas and new technology (photography in particular) on the celebrated battle painter Vasiliy Vereshchagin, and finally the impact of the vanishing frame in abstract art and Modernism.

A captivating account of the cultural phenomenon of the frame and its ever-changing functions, this book will open many new vistas for students and scholars of Russian culture and art history. 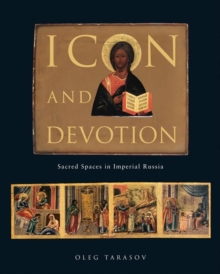