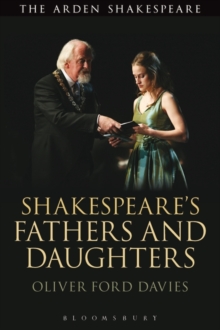 A theme that obsessed Shakespeare in over 20 plays from Titus Andronicus to The Tempest was the relationship between a daughter and her father.

This study traces chronologically the development of this theme, relating it to the little we know of his own two daughters, and sheds new light on his exploration of the family that so dominated his approach to drama.

Drawing on a lifetime's experience of playing Shakespearean roles, Oliver Ford Davies, a former university lecturer and now an Honorary Associate Artist of the RSC and Olivier Award winner, has written an engaging and deeply researched study of a topic that has intrigued him from playing Capulet in 1967, King Lear in 2002, to Polonius in 2008.