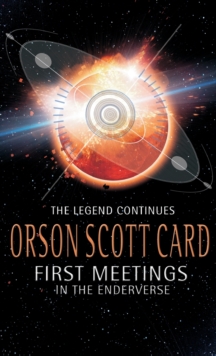 THE POLISH BOY: Following the first two 'Bugger' wars, the Hegemony is desperate to counter the alien threat, as the earth hasn't the resources to repel many more attacks.

Their search for brilliant military talent reveals a potential genius in the form of young John Paul Wiggin - Ender Wiggin's father to be. TEACHER'S PEST: John Paul Wiggin is indeed brilliant but is also an unbearably arrogant young man, now a university student.

Graduate Theresa Brown, however, may prove his match as they clash socially and intellectually. THE INVESTMENT COUNSELOR: Ender must wander incognito from world to world after banishment from earth as a mass murderer.

His reputation as saviour of the human race has been twisted and corrupted since the long-ago Bugger wars and he must shield his identity at all costs.

However, he is recognised and blackmailed by a small-time tax collector, who threatens to expose him as Ender, the world killer.