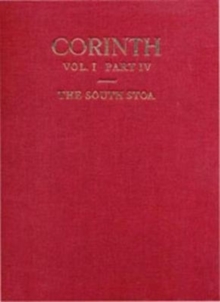 The South Stoa and Its Roman Successors Hardback

After a discussion of the fragmentary evidence for several buildings of the Greek period which were swept to construct it, the South Stoa at Corinth is treated in detail.

Careful description of all the remains, both those in situ and reused blocks, forms the basis of the reconstruction of this extensive two-story building of the third quarter of the 4th century B.C. which stretched the full length of the south side of the Corinthian Agora and, more than any other single building, established the size and shape of the center of the Hellenistic and Roman city.

One of the largest secular buildings in Greece, the South Stoa appears to have been planned as a kind of hotel to accommodate visitors at a time when Corinth served as the capital of a briefly united Greek world.

After the destruction of the city, it remained comparatively undamaged and was taken over by the Roman Colony as the seat of its administrative offices.

In its final phase various buildings, including a bouleuterion, a fountain house, a bathing establishment, and a public latrine were built into the ground floor.

Also in the Corinth series 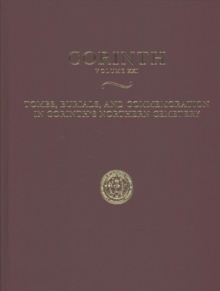 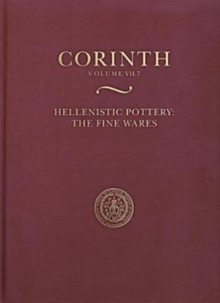