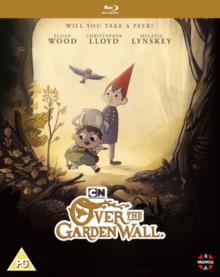 Over the Garden Wall Blu-ray

All ten episodes of the children's animation following the adventures of two half-brothers, Wirt (voice of Elijah Wood) and Greg (Collin Dean), who find themselves in a dark shadowy forest and make efforts to find their way home.

Realising they have ventured too far through the forest and are now lost, Wirt and Greg, along with Greg's pet frog (Jack Jones), encounter a talking bluebird named Beatrice (Melanie Lynskey), as well as an old woodsman (Christopher Lloyd) who warns them about an evil creature known as the Beast (Samuel Ramey).

In order to remain safe Wirt and Greg must proceed with caution and remain vigilant as they attempt to outwit the Beast and find a way home.

The episodes are: 'The Old Grist Mill', 'Hard Times at the Huskin' Bee', 'Schooltown Follies', 'Songs of the Dark Lantern', 'Mad Love', 'Lullaby in Frogland', 'The Ringing of the Bell', 'Babes in the Wood', 'Into the Unknown' and 'The Unknown'. 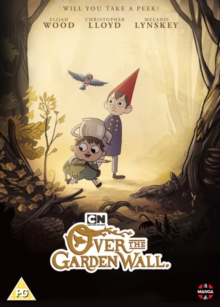 Over the Garden Wall