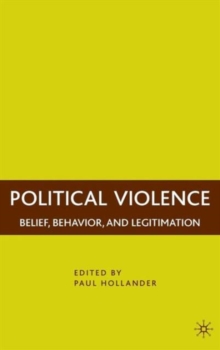 A collection of original case studies of different types of political violence in the 20th and 21st century inspired by the pioneering work of Robert Conquest.

It focuses on the origins, manifestations and legitimation of such violence and includes the former Soviet Union, Mao's China, Castro's Cuba and radical-militant Islam.