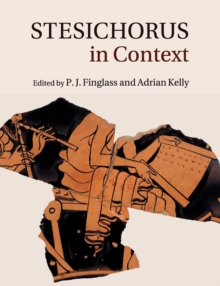 The sixth-century BC Greek poet Stesichorus was highly esteemed in antiquity; but by about AD 400 his works had been almost completely lost.

Over recent decades, however, the recovery of substantial portions of his poetry has enabled a reassessment of his significance.

The volume as a whole - the first dedicated to this author - amply demonstrates the extraordinary creativity and continuing vitality of the poet from Himera.