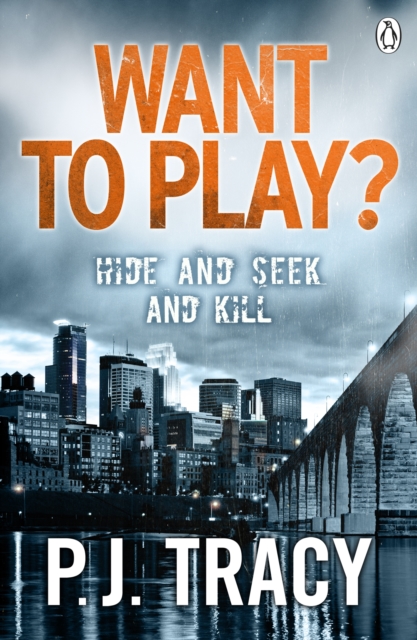 There's a killer on the loose, and he wants to play . . . Discover the runaway bestselling Richard and Judy pick, the gripping first thriller in the million copy bestselling Twin Cities seriesWant to play a game?A small American town. A brutally cold autumn. A killer is at work. Two bodies are found; two slayings that the police treat as unrelated.

But games-creator Grace MacBride knows different. The murders are exact copies of those in a game she's designing - one that already has hundreds of eager players. As the copycat killings mount up, Grace knows that she is both suspect and potential victim. And with the serial killer getting closer, she is drawn into a murderous game of cat and mouse . . . Want to Play? introduces P.J. Tracy's cult thriller characters Grace MacBride and Detectives Gino and Magozzi.

Also in the Twin Cities Thriller series  |  View all