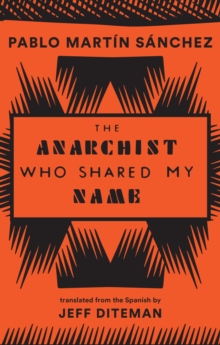 The Anarchist Who Shared My Name Paperback / softback

When Pablo Martin Sanchez discovers that he shares his name with a Spanish anarchist who was executed in 1924 for the attempted overthrow of Primo de Rivera's dictatorship, he sets out to reconstruct his life story.

Through references to key events in Europe's history, including the sinking of the Titanic and the Battle of Verdun, and the influence of intellectuals such as Miguel de Unamuno and Victor Blasco Ibanez, The Anarchist Who Shared My Name elegantly captures the life of a man who sought to resist political injustice and paid the ultimate price for his protest.

Martin Sanchez's thrilling tale is the unsettling chronicle of a dark chapter in Spanish history, as courageous as it is timely.