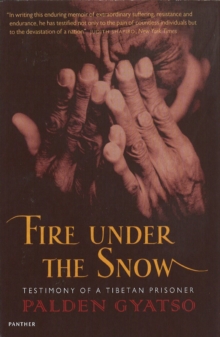 Fire Under The Snow : Testimony of a Tibetan Prisoner Paperback / softback

In 1992 the Venerable Palden Gyatso was released after thirty-three years of imprisonment by Chinese forces in Tibet.

He fled across the Himalayas to India, smuggling with him the instruments of his torture.

This powerful text is the story of his life and irrefutable testimony to the appalling suffering of the Tibetan nation at the hands of the Chinese.