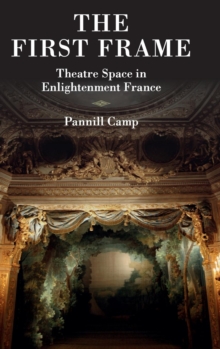 In the late eighteenth century, a movement to transform France's theatre architecture united the nation.

Playwrights, philosophers, and powerful agents including King Louis XV rejected the modified structures that had housed the plays of Racine and Moliere, and debated which playhouse form should support the future of French stagecraft.

In The First Frame, Pannill Camp argues that these reforms helped to lay down the theoretical and practical foundations of modern theatre space.

During this period of modernisation, physicists began to cite dramatic theory and adopt theatrical staging techniques, while playwrights sought to reveal observable truths of human nature.

Camp goes on to show that these reforms had consequences for the way we understand both modern theatrical aesthetics and the production of scientific knowledge in the present day.