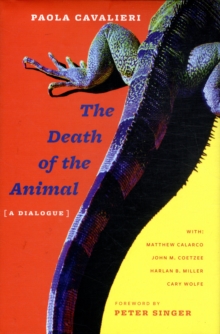 The Death of the Animal : A Dialogue Hardback

While moral perfectionists rank conscious beings according to their cognitive abilities, Paola Cavalieri launches a more inclusive defense of all forms of subjectivity.

In concert with Peter Singer, J. M. Coetzee, Harlan B. Miller, and other leading animal studies scholars, she expands our understanding of the nonhuman in such a way that the derogatory category of "the animal" becomes meaningless.

In so doing, she presents a nonhierachical approach to ethics that better respects the value of the conscious self. Cavalieri opens with a dialogue between two imagined philosophers, laying out her challenge to moral perfectionism and tracing its influence on our attitudes toward the "unworthy." She then follows with a roundtable "multilogue" which takes on the role of reason in ethics and the boundaries of moral status. Coetzee, Nobel Prize winner for Literature and author of The Lives of Animals, emphasizes the animality of human beings; Miller, a prominent analytic philosopher at Virginia Polytechnic Institute, dismantles the rationalizations of human bias; Cary Wolfe, professor of English at Rice University, advocates an active exposure to other worlds and beings; and Matthew Calarco, author of Zoographies: The Question of the Animal from Heidegger to Derrida, extends ethical consideration to entities that traditionally have little or no moral status, such as plants and ecosystems.

As Peter Singer writes in his foreword, the implications of this conversation extend far beyond the issue of the moral status of animals.

They "get to the heart of some important differences about how we should do philosophy, and how philosophy can relate to our everyday life." From the divergences between analytical and continental approaches to the relevance of posthumanist thinking in contemporary ethics, the psychology of speciesism, and the practical consequences of an antiperfectionist stance, The Death of the Animal confronts issues that will concern anyone interested in a serious study of morality. 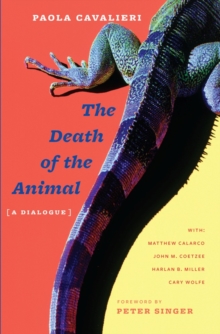 The Death of the Animal 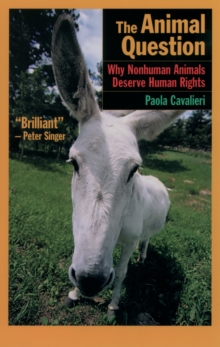