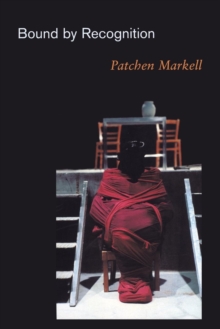 In an era of heightened concern about injustice in relations of identity and difference, political theorists often prescribe equal recognition as a remedy for the ills of subordination.

Drawing on the philosophy of Hegel, they envision a system of reciprocal knowledge and esteem, in which the affirming glance of others lets everyone be who they really are.

This book challenges the equation of recognition with justice.

Patchen Markell mines neglected strands of the concept's genealogy and reconstructs an unorthodox interpretation of Hegel, who, in the unexpected company of Sophocles, Aristotle, Arendt, and others, reveals why recognition's promised satisfactions are bound to disappoint, and even to stifle.

Written with exceptional clarity, the book develops an alternative account of the nature and sources of identity-based injustice in which the pursuit of recognition is part of the problem rather than the solution. And it articulates an alternative conception of justice rooted not in the recognition of identity of the other but in the acknowledgment of our own finitude in the face of a future thick with surprise. Moving deftly among contemporary political philosophers (including Taylor and Kymlicka), the close interpretation of ancient and modern texts (Hegel's Phenomenology, Aristotle's Poetics, and more), and the exploration of rich case studies drawn from literature (Antigone), history (Jewish emancipation in nineteenth-century Prussia), and modern politics (official multiculturalism), Bound by Recognition is at once a sustained treatment of the problem of recognition and a sequence of virtuoso studies. 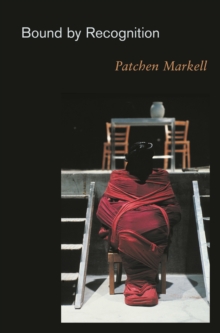