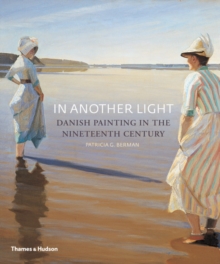 In Another Light : Danish Painting in the Nineteenth Century Paperback / softback

Between 1790 and 1910, Danish painters developed a national school of art that matched the artistic centres of France, Germany and Britain.

S. Kroyer and Vilhelm Hammershoi reflect and refract the great stylistic tendencies of European art of the 19th century, including Classicism, Romanticism, Impressionism and Symbolism.

Illustrated with over two hundred key works of art drawn from the leading Danish collections, this is the only book available in English that surveys Danish painting across the 19th century.

Written by a major scholar in the field, and featuring all the icons of the Danish Golden Age, this is an essential addition to all art libraries.